This code solves the boundary value problem BVP for a second order differential equation (or two ODEs), with one final condition. The code has three files, one for Runge Kutta code, the second for Newton Raphson, and the third contains the equations we want to solve with the sensitivity equations.You can extend the code to solve more equations.

Shooting Method is a method for solving a boundary value problem by reducing it to the solution of an initial value problem. Roughly speaking, we ‘shoot’ out trajectories in different directions until we find a trajectory that has the desired boundary value. The following exposition may be clarified by this illustration of the shooting method.

For a boundary value problem of a second-order ordinary differential equation, the method is stated as follows. Let

Define the function F(a) as the difference between y(t1; a) and the specified boundary value y1.

The usual methods for finding roots may be employed here, such as the bisection method or Newton’s method.

A boundary value problem is given as follows by Stoer and Burlisch (Section 7.3.1).

Stoer and Burlisch state that there are two solutions, which can be found by algebraic methods. These correspond to the initial conditions w′(0) = −8 and w′(0) = −35.9 (approximately). 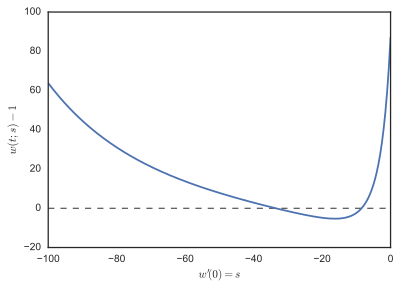 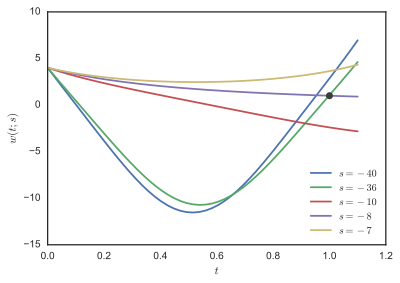 Calculation of The Essential Parameters for 3-Phase Induction Motor (IM)