This code gives you the histogram of a grayscale image without using the built-in functions of MATLAB. After calculating the histogram the code also performs image equalization and presents both results. 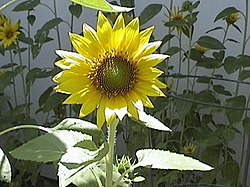 Image histograms are present on many modern digital cameras. Photographers can use them as an aid to show the distribution of tones captured, and whether image detail has been lost to blown-out highlights or blacked-out shadows.[2] This is less useful when using a raw image format, as the dynamic range of the displayed image may only be an approximation to that in the raw file.

Conversely, the histogram for a very bright image with few dark areas and/or shadows will have most of its data points on the right side and center of the graph.

The histogram of a digital image with intensity levels in the range [0, L-1] is a discrete function h(rk) = nk, where rk is the kth intensity value and nk is the number of pixels in the image with intensity rk. It is common practice to normalize a histogram by dividing each of its components by the total number of pixels in the image, denoted by the product MN, where, as usual, M and N are the rows and columns dimensions of the image. Thus, a normalized histogram is given by p(rk) = rk / MN, for k=0,1,2….,k-1. Loosely speaking, p(rk) is an estimate of the probability of occurrence of intensity level rk in an image. The sum of all components of a normalized histogram is equal to 1.

Image editors typically create a histogram of the image being edited. The histogram plots the number of pixels in the image (vertical axis) with a particular brightness or tonal value (horizontal axis). Algorithms in the digital editor allow the user to visually adjust the brightness value of each pixel and to dynamically display the results as adjustments are made.[3] Histogram equalization is a popular example of these algorithms. Improvements in picture brightness and contrast can thus be obtained.

Solving for the Exit Flow of a Supersonic Nozzle